LED Medical Diagnostics Inc., parent of LED Dental, announced today that Steven Semmelmayer and Robert Cartagena have been named to its board of directors.

Mr. Semmelmayer is a 31-year veteran of the dental industry. Until recently, he served as CEO of Discus Dental, which he led for over two years before arranging its successful sale to Royal Philips Electronics. He spent the bulk of his career at Sybron Dental Specialties, where his positions included president of Kerr Corporation and president of the Professional Dental Group. In between his stints at Sybron and Discus, he served as CEO and Chairman of LED Medical Diagnostics.

Mr. Cartagena is an 18-year veteran of the dental industry. He has been with Discus Dental since its founding in 1993, and he currently serves as Chief Operating Officer. His previous position there was vice president of business development.

“We are at a critical and exciting juncture in our company’s young history, and we are very pleased and fortunate to have the benefit of Steve and Robert’s expertise and insights as we accelerate our growth,” said Peter Whitehead, founder and chairman of LED Medical Diagnostics and CEO of its LED Dental subsidiary. “Steve is one of the dental industry’s most successful and respected leaders, with an in-depth knowledge of our company and a strong relationship with our exclusive distributor in North America, Henry Schein Dental. And having risen through the ranks of Discus Dental from its inception, Robert knows exactly what it takes to grow an innovative dental manufacturer from a start-up to a position of industry leadership.”

LED Dental recently launched the VELscope Vx Enhanced Oral Assessment system, the latest generation device featuring its VELscope tissue fluorescence visualization technology. Since the 2006 launch of its first generation device, LED Dental has become the industry’s leading provider of adjunctive technology to help dental practices discover oral cancer and other forms of oral disease. The VELscope Vx is the most advanced version yet of this technology, featuring the added convenience of cordless portability and a price that is significantly more accessible to the majority of dental practices.

About LED Dental
LED Dental Inc. is a wholly-owned subsidiary of LED Medical Diagnostics Inc., which was founded in 2003 and is headquartered in Burnaby, British Columbia, Canada. For more information, call 1 (604) 434-4614, or visit: www.VELscope.com. 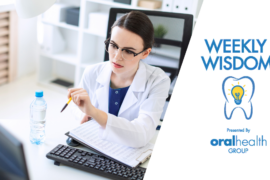