Dr. Himmelberger has been an active member of the American Dental Association since 1982 and has served in the House of Delegates and on numerous committees, councils and taskforces. Dr. Himmelberger also served as the president, vice president and secretary of the Pennsylvania Dental Association (PDA). As a member of the PDA’s PADIT “Go” Team, she assisted in the identification of victims of three major airplane crashes, including those of United Flight 93 in September 2001.

Dr. Himmelberger graduated from the University of Pennsylvania School of Dental Medicine in 1979 and has been in private practice since 1981. She has also worked for the Disaster Mortuary Operational Response Team (DMORT) since 1998 and was deployed to Louisiana in the aftermath of Hurricane Katrina. For the past 15 years, Dr. Himmelberger has served as the co-chair of the Dental Society of Chester County & Delaware County’s Give Kids A Smile program. 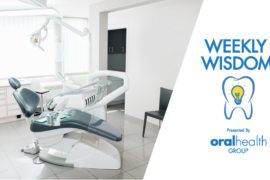