Proposals that will give the nation’s regulator of medical devices an enhanced ability to deal with instances of illegal supply have been welcomed by the Australian Dental Industry Association (ADIA), the peak business organisation representing dental product manufacturers and suppliers.

“For far too long patients have been put at risk when dental products are illegally imported from overseas, having often been purchased via the internet and used on patients without the necessary market approval having been obtained. With the passage of the proposed legislation, the TGA will have a greater range of sanctions and penalties to address this behaviour,” said Troy Williams, ADIA Chief Executive Officer.

The reforms are set out in an exposure draft of the Therapeutic Goods Amendment (2017 Measures No. 1) Bill (Cth) 2017 that will allow the TGA to respond appropriately to the full range of non-compliance from repeated minor breaches through to serious non-compliance. ADIA has been a strong and enduring proponent for this legislative change over the years, having raised it in the course of two Senate inquiries into the TGA’s regulatory framework for the approval of dental products.

“The dental industry could not be happier that the Australian Government has acknowledged the risks associated with the illegal supply of dental products and is proposing legislative reform to address them,” Mr Williams said.

The issues will be discussed further when ADIA meets with the Minister for Health, the Hon. Greg Hunt MP, at the annual Dental Industry Meets Parliament Roundtable to be held on September 13, 2017 in Parliament House, Canberra.

ADIA Background Information
Founded in 1925, the Australian Dental Industry Association (ADIA) is the peak business organisation representing manufacturers and suppliers of dental products.  Active in each mainland state and with a strong presence in Canberra, ADIA is a strong advocate for policy reforms that allow member businesses to grow, create jobs and operate sustainably.  ADIA’s vision is for an industry that empowers oral health professionals to advance the health and well-being of all Australians.  The services offered by ADIA that support member businesses include industry statistics, training programmes and trade shows including ADX Sydney, the nation’s largest healthcare exhibition that attracts some 8,000 stakeholders from across the oral healthcare community.

For further information on ADIA visit the website at:www.adia.org.au. 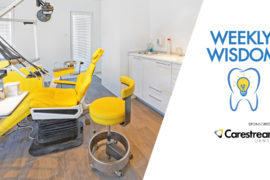