Capua, – Goccles (“Glasses for Oral Cancer – Curing Light Exposed – Screening”) – a revolutionary pair of glasses for the early screening of pre-cancerous lesions of the oral cavity, property of Pierrel Pharma S.r.l. was approved by the Food and Drug Administration (FDA) on September 17, 2015.  It is being launched in Canada, which is one of the most progressive and evolved market in the field of oral care in the world.  Pierrel Pharma S.r.l. is also the manufacturer of Orabloc®, an aseptically manufactured articaine anesthetic.  Orabloc® is distributed in both the US and Canada since 2012. 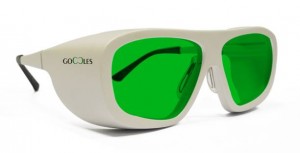 As quoted on the Nasdaq stock exchange, Patterson Dental is focused, since its establishment in 1878, on the sale and distribution of consumables and medical devices for the dental sector.

Fabio Velotti, CEO of Pierrel Pharma, underlines that: “the agreement in Canada is an important milestone in the path of presentation , distribution and certification of our medical device, in Italy and in the world. Patterson is one of our most important partners, as we already have a strong partnership with them to distribute ORABLOC®.  With Univet not only are we selling a good product, but above all we are committed to improving  the prevention of oral cancer and the healthcare culture. North America is aware of the risks associated with the human and economic costs of oral cancer. Canada, specifically, has been amongst the first to understand the potential of GOCCLES, appreciating the scientific content and the ease of use for quick, safe and non invasive screening. We would like to emphasize that the registration process of GOCCLES in Canada requires different rules which are more similar to those in Europe as compared to the US.  GOCCLES has also been approved by the US Food and Drug Administration and the launch in the US in pending.”

Paolo Portesi, CEO of Univet Group, licensee of Goccles, expressed his satisfaction for such an important agreement, in a market which is amongst the largest in the world: “A contract which was born thanks to the strategic partnership with Pierrel Pharma, already deep seated in the North American market with the major players of the dental sector. Furthermore it is a contract which supports our marketing and promotion policy, specifically with Goccles, and moreover our global presence in the territory.  I believe that our North American Subsidiary Univet OTNA with 3 conveniently located offices Toronto, Vancouver and New York, is the best ambassador to show our care for the customers, the real time service and the dedicated technical support. In Italy and around the world, apart from North America, the oral cavity pathologies have received very little awareness. Univet and Pierrel Pharma are committed to reducing the lack of knowledge, by supporting actions to improve the awareness though specific events and dedicated exhibitions. Univet is and will always be a partner with the operators of the dental sector, to increase the scientific knowledge of the pathology of the oral cavity all around the world.

Atif Sarfraz, CEO of Univet North America Said: “We are truly excited about our partnership with Patterson, This partnership is going to serve as a big milestone for us and we are fully committed to giving our very best to this relationship. Patterson is one of the most respected distribution houses in Canada. It is going to extend our geographic reach and help us in our mission of creating awareness about the importance of early detection of oral cancer and subsequent increased survival rates.”

Patterson Dental is one of North America’s largest, full-service dental distributors. Key drivers are growing equipment lines and technology categories that benefit from the on going trend to digitize dentistry. Alain Dumais, Patterson’s National Marketing Director Said: “Inclusion of Goccles demonstratively compliments our portfolio and we have great plans to support the device through our highly skilled field organization”