Digital radiography is without question the standard of care in dentistry.
http://www.compendiumlive.com/article.php?id=2067
http://emmottontechnology.com/radiography/sensor-wars/

There are two basic means to acquire a digital image:

From Dr. Bicuspid
February 3, 2011 — The quality of phosphor-plate (PSP) radiographs may decrease if the plates are exposed to ambient light between the time the image is taken and when it is scanned, according to research to be presented next month at the International Association for Dental Research (IADR) meeting in San Diego.
Researchers from University Hospital Dresden examined the influence of time and the intensity of ambient light on
the quality and diagnostic information of PSP-based radiographs. Using a root canal instrument and VixWin software (Gendex Dental Systems), they acquired 250 digital x-ray images of an extracted tooth on five identical PSPs and exposed them to artificial light for different times (0-960 sec) and at different intensities (from less than 50 lux [lx] to more than 300 lx).
Read on McXay 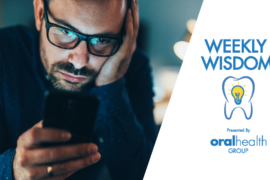