Had the occasion to chat with Dr. Jordan Soll a while back and for some reason, the subject of his use of Expasyl came up. It’s primary purpose is for tissue retraction. As I listened to him describe it’s value, it dawned on me that it would have purpose in apical surgery.  Bit of a stretch, but nonetheless it works beautifully, especially with the use of filled resin retroseals. Lo and behold, an article appears in the International Endodontic Journal and voila. It’s amazing how inter-related much of dentistry and dental product is. Emdogain for example in dental trauma and apical surgery as well as implants and tissue grafting.  Would encourage others to share this type of overlap in the comments section.

Haemostatic effect and tissue reactions of methods and agents used for haemorrhage control in apical surgery.

To compare the haemostatic effect and tissue reactions of different agents and methods used for haemorrhage control in apical surgery.

Six standardized bone defects were prepared in the calvaria of six Burgundy rabbits. Five haemostatic modalities were tested for their haemostatic effect and tissue reactions, and were compared with untreated control defects: Expasyl + Stasis, Expasyl + Stasi + freshening of the bone defect with a bur, Spongostan, Spongostan+ epinephrine, and electro cauterization. The haemostatic effect was analysed visually and compared using Wilcoxon’s signed rank test. Two groups of three animals were evaluated histologically for hard and soft tissue reactions related to the different haemostatic measures, after 3 and 12 weeks of healing respectively.

Expasyl + Stasis and electro cauterization proved most effective in reducing bleeding (P < 0.05), but were accompanied by unfavourable tissue reactions, as indicated by the presence of necrotic bone, inflammatory cells and the absence of bone repair. These adverse tissue reactions did not recover substantially over time. However, adverse reactions were not observed when the superficial layer of bone had been removed with a rotary instrument. In contrast, Spongostan + epinephrine showed only a moderate haemostatic effect, but elicited also only mild adverse tissue reactions.

Haemostasis in experimental bone defects is most effectively accomplished by using Expasyl + Stasis or electro cauterization. However, the bone defects should be freshened with a rotary instrument before suturing so as not to compromise healing. 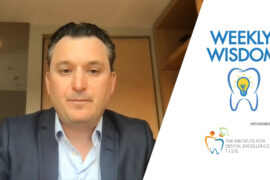