from the New York Times…….equal time will be allocated for Ms. Palin or her equivalent in Canada

The intent of the posting is to elicit discussion and comment.

If I have one serious regret about my age, it is that my
permanent teeth developed before New York, my hometown, got fluoridated
water. I first lost a permanent molar to decay in my early 20s, and the
resulting bridge has had to be replaced several times in subsequent
decades, ultimately as a four-part apparatus. 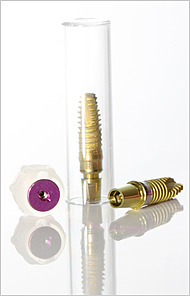 Now that has to go as well. Because I could not floss and clean
properly under the bridge and between the supporting crowns, I developed
a severe periodontal infection.

Dr. Michael Zidile, the young
periodontist I consulted, took one look at my mouth and said: “This is
not how we do restorations nowadays. A bridge is not a permanent
solution and makes it too hard for most people to keep their gums and
underlying bone healthy. Now we do implants and individual crowns where
needed.”

More out of curiosity than distrust — and before I
invested thousands of dollars and countless hours on new teeth — I did
my own homework and got a second opinion. Dr. Zidile, I learned, is
correct. In an overwhelming majority of cases, implants to replace lost
teeth are by far the best long-term solution for maintaining a healthy
mouth. Also, because they rarely need to be replaced, in the long run
they are more economical than bridges.

Implants for replacing lost teeth have come a
long way in the 25 years since I last wrote about them in
this column. Better materials, procedures and professional
experience result in far fewer problems than occurred in the early years
of implants.

Critical to their success, however, is proper
selection of both patients and practitioners — and, after the implant, a
commitment to good oral hygiene. Dental implants must be treated like
natural teeth: kept clean and free of plaque through proper brushing,
flossing and periodic professional cleanings.

“Bridges are not the
standard of care anymore,” Dr. Lawrence J. Kessler, a periodontist and
associate professor of surgery at the University
of Miami School of Medicine, told me in an interview. “For most
people who lose teeth, implants are the treatment of choice.”

Implants
do not decay, and adjacent healthy teeth do not require crowns to
support them. And because it is easy to clean and floss between
implants, the gum tissue and underlying bone are more likely to remain
healthy.

With a bridge, if one of the supporting crowned teeth
breaks or develops decay or nerve damage, the bridge and its three or
more crowns must be removed and replaced.

Implants can replace
individual lost teeth or many teeth in a row. For those who have lost
most of their teeth, implants can be used to anchor a full or partial
denture. About half a million implants are placed each year in this
country.

On average, the total cost of an implant to replace a
single tooth is $3,500 to $4,000 (more if other procedures are
required), or about one-third more than the cost of a bridge. But while
bridges have an average life span of 10 years, an implant can last a
lifetime.

Many insurance companies now cover implants, but most
people do not have dental insurance and must pay out of pocket. If cost
is an issue, consider treatment at a dental college, where implants may
be available at reduced rates as part of the teaching process.

Not a Quick Procedure

The basic technique
involves surgically inserting a titanium screw — the implant — into the
supporting bone, which can be done under local anesthesia in less than an hour, and attaching a small
fake tooth called an abutment, followed by a crown. The resulting tooth
looks and feels like a natural one.

The procedure is a lengthy
one. Unlike a bridge, which can be completed in two weeks, implants
usually take about eight weeks for the screw to become firmly attached
to bone before the final crown can be placed. “A patient’s health, not
age, determines suitability for an implant,” Dr. Kessler said. “I just
did implants for a 93-year-old who needed them to fit a partial denture.
I put two implants in a man when he was 85 and five more when he was
88, with no problems either time.

“If cases are chosen well,
implants are very successful — 96 to 97 percent successful. And they
rarely fail down the road.”

A most important element is having
enough bone in the jaw to support the implant, although in some cases
bone cells removed during drilling for the implant or taken from
elsewhere in the mouth can be used to fill in gaps.

“If someone
has diabetes
or is a smoker,” Dr. Kessler said, “the chances of success are reduced
because a poorer blood supply diminishes the fusion of bone cells to the
implant.”

Also important is healthy gum tissue, free of
periodontal disease. Before I could undergo an implant procedure, I had
to have periodontal treatment to get rid of the plaque, tartar and
infection on the tooth roots and gum tissue around my bridge and
supporting crowns.

In some cases when a tooth must be pulled, an
implant can be placed right after the extraction, with the advantage of
limiting bone loss in the area. When bone is not being stimulated, it
tends to break down. I consider myself lucky that although I’ve had this
troublesome bridge for many decades, my underlying bone has remained
healthy enough to support an implant.

Just as any physician can legally perform
surgery, any dentist can legally do implants. Be sure to choose someone
thoroughly trained in the technique. Taking a weekend course in
implantology is rarely adequate. There are risks involved in placing
implants, including damage to a nerve or sinus cavity, which are
magnified when the practitioner lacks adequate training.

Implants
were once done mainly by oral and maxillofacial surgeons, most of whom
operated independently of dentists. Now at least as many implants are
placed by periodontists who are schooled in the technique and who
coordinate their work closely with the patient’s dentist. Ideally, the
periodontist should be board-certified.

Just as you might ask for
referrals for a prospective nanny or house cleaner, consider asking to
speak with other patients of the practitioner before deciding to proceed
with an implant. Though every case is different, at the least you can
determine how well you are likely to be cared for.