Sometimes a great notion or an electric cattle prod….

Most dental companies have woken up to the power of social media/networking. They understand that viral marketing is as effective perhaps more so than real time events. Neither contraindicates the other, but together they offer a synergy the dental industry has never seen before. Would that most could see the value of social networking, discussion forums, advocacy and mentorship linkage on Facebook anon. The learning curve would not be so abrupt for newbees and the value of continued collegial support would ensure a heightened standard of care. Moreso, the impact of critical thinking and comprehensive reasoning would be given a more direct focus. The inclusion of social media could negate the eminence based drivers of new protocols et al.

I did extensive due diligence on implant engineering, design and predicates before deciding to add it to my service mix. 3D finite analysis, an assessment of why such things as dieback and saucerization occurred and were generally accepted (ay carrumba!) and then I looked at a variety of platform, collar and connector interfaces that made more sense than a hex purely from an engineering standpoint. Nothing is perfect yet, but it will come.  The one thing that helped me more than anything to get up to speed quickly was animations.
Surprisingly, the Europeans and dentists in the Far East were light years ahead of the Americanos as were the South Americans, particularly the Brazilians. I want to share an animation that finally came across my desk from Tulsa Dental Specialties. They introduced the ANKYLOS implant which literally was antithetical in design to everything in the marketplace – in N. America. In Europe, it had been around for over 27 years. The problem was, they did not use social media to market – VIVE LA DIFFERENCE.
Take a peak at the video and consider commenting on what you see…the visuals speak logical volumes. 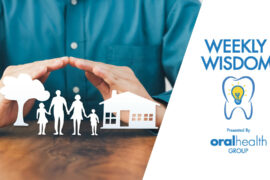