Dr. Carl Misch was a friend of our family whom I would best describe as a passionate man – both in his personal and professional life. And professionally, his passion was for dental implants. As a child, Carl always said he wanted to be a dentist.  Later during his dental schooling, when asked why he wanted to become a dentist, his response was so he could place dental implants. This passion was never relinquished through his life and Dr. Misch became one of the great leaders of implant dentistry.

His accolades are formidable, including president of the AAID, ACOI, and the ICOI; the last of which he helped found. He published three editions of Contemporary Implant Dentistry that became the most popular textbook in not just implantology, but all of dentistry. He also set up the Misch International Implant Institute, one of the first centers to regularly train dentists in implantology. These are perhaps the peaks of his professional achievements, but his list of accomplishments and accolades is much longer. From serving on the FDA, to being drafted to play for the Detroit Tigers, to treating the Pope or being a connoisseur of fine wines, Dr. Misch was passionate about a lot and excelled where his passion took him. 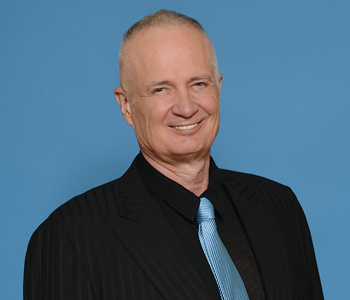 In implant dentistry, Dr. Misch did what many others said could not be done. At a time when implant placement was often frowned upon, he pursued his passion against much resistance. His idea was that one day implants could significantly improve the quality of life of regular dental patients. Tirelessly, he worked to both demonstrate the potential of implants and improve upon implant treatment methodology. In the end, as most of us could attest, he certainly succeeded.

For those unaware, Dr. Carl Misch passed away this January from an inoperable glioblastoma that was diagnosed three years earlier. Few could ever fill the void left by Dr. Misch’s passing. We were graced by a savant who wished to share his gift and passion with us all. As a result, he helped form the way implant dentistry is practised around the world. During his final three years, he continued to pursue his passion, never letting up. He continued to lecture and write, and this journal proudly contains one of his final articles on ridge preservation, just another drop in the bucket for a man who has accomplished so much. OH

About the Editor
Dr. Mark Nicolucci is Oral Health’s editorial board member for implantology. He is a graduate of the University of Western Ontario and received his specialty certificate from Temple University in periodontology and oral implantology. He has a masters in oral biology and lectures regularly in the Toronto area.  He maintains a full-time specialty practice in West Toronto.