All practitioners who deliver nitrous oxide to their patients should be intimately familiar with the relative and absolute contraindications to its administration.

Relative Contraindications
Nasal obstruction: Nitrous oxide sedation can proceed if despite some degree of nasal obstruction, the patient is still able to respire through the nares (or one naris) in such a way that the nasal hood can be fitted to the face and the dental field remains unobstructed.

Claustrophobia: Nitrous oxide sedation can proceed if despite a pre-existing fear of feeling trapped or a fear of having objects fitted to the face and nose, the patient can tolerate the nasal hood being secured.

Uncooperative behaviour/cognitive impairment/psychiatric disorders: Nitrous oxide sedation can proceed if the patient is able to cooperate to the degree that the armamentarium can be safely secured, and the sedation provides sufficient anxiolysis so that the dental procedure can be completed uneventfully. If a patient with a cognitive impairment or a psychiatric disorder has demonstrated aggressive or violent tendencies, it would not be prudent to proceed with nitrous oxide for minimal or moderate sedation.

Use of cautery or anticipated sparks intra-orally: Given that oxygen is an agent for combustion, the nitrous oxide sedation, including any supplemental oxygen administration, should be discontinued during any procedures where surges of heat will occur, like with the use of electro-cautery or lasers, or if sparks will be produced (e.g. cutting of a zirconia restoration).

Table 1. Absolute contraindications to the use of oxygen for dental patients. 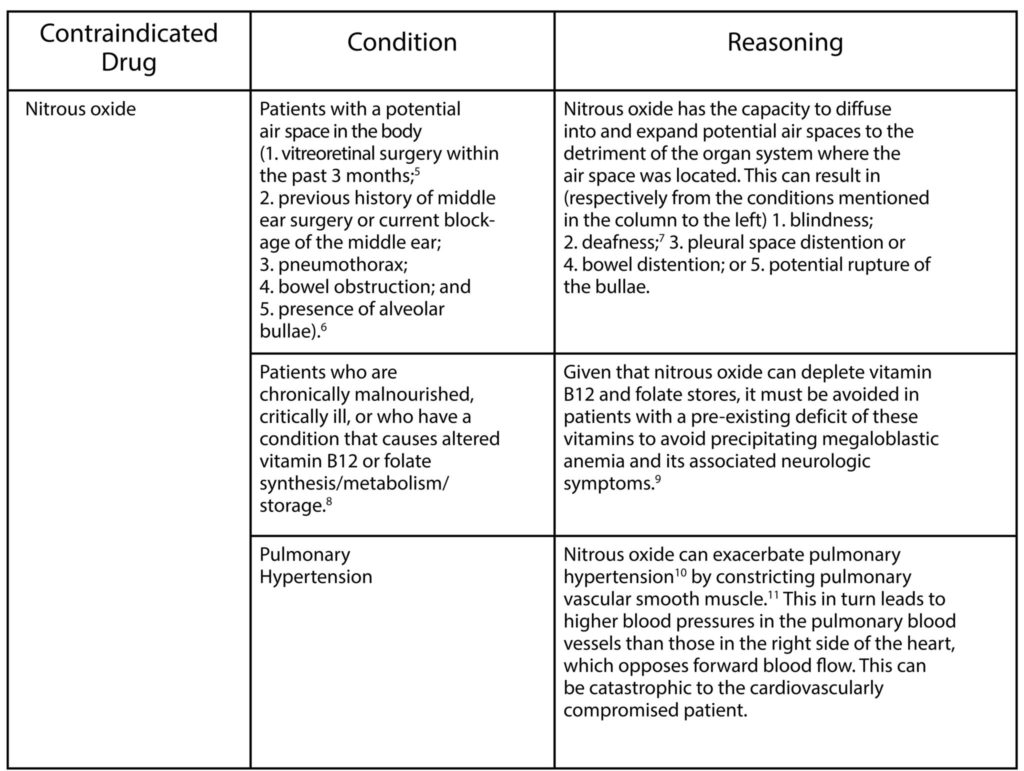 Table 2. Absolute contraindications to the use of nitrous oxide for dental patients.

Previously Controversial Contraindications
Pregnancy: Given the concerns of altered B12 and folate levels associated with the administration of nitrous oxide, some have speculated that its administration during the first trimester of pregnancy should be contraindicated. It is now understood that a single, short duration exposure of nitrous oxide is safe at any point during pregnancy12, though any elective dental care should be deferred until after pregnancy.

Severe Coronary Disease: Due to the decreased methionine synthase activity from the administration of nitrous oxide, there can be a resultant elevation of systemic homocysteine as it has not been converted to methionine. It has been traditionally understood that elevated homocysteine levels can increase the incidence of perioperative adverse cardiac events but the ENIGMA-II13 trial demonstrated no incidence of increased cardiac morbidity associated with the use of nitrous oxide for these patients in non-cardiac surgery. It would be prudent to correspond with the patient’s primary care physician before completing dental work of any kind for a patient with severe coronary disease.

Currently Controversial Contraindications
Autism: Though this is completely theoretical in nature and has not been demonstrated in animal or human studies, there is some speculation that oxidative stress to the developing brain resulting from nitrous oxide exposure could contribute to pathologic neurodevelopment leading to autism or exacerbations of pre-existing symptoms of autism.14 It should be noted that this theory specifies that the nitrous oxide exposure must be chronic in nature and does not identify specific neurodevelopmental windows during which the exposure must occur for this phenomenon to manifest (i.e. in utero exposure vs neonatal exposure vs childhood exposure). As such, nitrous oxide sedations that are seldom and brief in duration are likely safe for patients with autism. It is important to note, however, that conscious sedation with nitrous oxide may not be successful for patients with autism because patient cooperation is essential.

Derek Decloux is a practicing board certified dental anesthesiologist who completed his Doctor of Dental Medicine from the University of British Columbia in 2011, practiced general dentistry for four years as a Dental Officer in the Canadian Armed Forces, and completed the combined MSc/Dental Specialty Training in Dental Anesthesia program at the University of Toronto in 2018.

RELATED ARTICLE: Nitrous Oxide and Postoperative Morbidity and Mortality: A Concise Literature Review of the ENIGMA Trials and New Evidence

3 Factors to Consider When Buying a Practice