Dr. Sylvia Ha purchased a practice, and, like many dentists in that situation, she inherited the staff. As is also, unfortunately, still quite common in the dental industry, none of the staff had written contracts. Dr. Ha maintained that status quo initially, but on the advice of her accountant and peers, she sought out specialized legal counsel to protect her practice by making the transition to written contracts.

At MBC Legal, we have been writing and speaking about employment law specifically for doctors since 2003. When we are speaking at CE conferences across the country, the question we are, by far, most frequently asked is, “What happens if I present a new contract to an employee and she refuses to sign it?” Feeling like a broken record (remember those?) we have been trying for over 15 years to tell anyone who would listen that any such employee is out of luck. The case of Jackson v. Ha (yet another case that MBC Legal just won for one of our doctors) makes it clear that answer is correct, and that you should be grateful to Dr. Ha for reducing your chance of being sued by an ill-advised employee.

Transitioning Long-Term Employees to Written Contracts
Dr. Ha sought the expertise of MBC Legal (the author’s firm), lawyers who specialize in transitioning health care employees to written, enforceable employment contracts. In February 2016, Dr. Ha presented her staff with written contracts and explained that, though the current, oral employment agreement was being terminated, she hoped they all would continue working for her under the terms of their new written contracts. The accompanying letter made it crystal clear: each employee received a working notice period based on her years of service and if an employee did not sign the new contract by the “sign back date”, her employment with Dr. Ha would end. We describe this at law as a “rightful dismissal”: a dismissal with proper notice in advance pursuant to the implied terms of the contract. An employee who has received reasonable notice in advance of the termination of her unwritten (common law) contract is not entitled to anything further. She is free to choose to accept the new contract or not. But she is not entitled to continued employment after the end of her reasonable notice period. In the course of the 15 years that MBC Legal has been successfully providing this transition service to medical professionals (as of the last time we polled our clients) over 99% of the employees in the practices for which we roll out a Practice Protection Package TM (our firm’s gold standard package of contracts and comprehensive workplace policies) sign the new contracts they are offered before their deadline. Indeed, all of Dr. Ha’s staff signed back their new contracts quite quickly, with one exception: Arlene Jackson. Ms. Jackson, the receptionist, was one of the employees inherited when Dr. Ha bought her practice. She had attended the February meeting where Dr. Ha presented the new contracts: she had no questions and gave no indication of having any issue with the proposed terms. Given her age (52 years) and her nine years of service, Ms. Jackson was given 10 months’ working notice of the termination of her existing (unwritten) contract, with her sign back date for the new contract set for November 26, 2016. By October, having not heard anything from Ms. Jackson about her contract, Dr. Ha reached out to remind her about it, in case she had forgotten.

However, Ms. Jackson had not forgotten; she had sought legal advice about the new contract. Unfortunately, the advice she received was misinformed. (This is a disturbingly common situation in our experience: either the employer or the employee consults a lawyer who is not sufficiently specialized, with typically expensive and stressful consequences for the unwitting client.) Despite the clear language used in the cover letter and contract, Ms. Jackson believed (presumably on the advice of counsel) that she was owed a lump sum payment equal to ten months’ pay in order to sign the new contract. She was also prepared to sign it for a smaller lump sum if Dr. Ha gave her a raise. Dr. Ha wanted to preserve the employment relationship, but she knew, per our advice, that she did not owe Ms. Jackson any compensation. She suggested that her lawyer call Ms. Jackson’s lawyer to clear up any confusion. Ms. Jackson refused.

The new contract left Ms. Jackson’s rate of pay, hours of work, vacation entitlements and duties unchanged. The key change was to limit her notice of termination to the minimum required by the Employment Standards Act . In the case of Ms. Jackson, under the terms of the written contract, she would be owed eight weeks’ notice, rather than the approximately ten months owed under the common law. This was the very reason why Dr. Ha had gone to the effort of transitioning her employees to written employment contracts (and is the reason most of our clients do so).

Ms. Jackson mistakenly believed that she was owed severance equal to the common law notice period (in her case about $36,000) and would not sign her new contract without it. Despite repeated explanations, she refused to accept that she was provided common law notice: in the form of working notice, not pay in lieu of notice. At law (both common law and statutory law) whether the employer provides working notice or pay in lieu of notice is at the discretion of the employer, not the employee. Despite the elementary nature of these legal concepts, Ms. Jackson and her counsel maintained their position and she provided her letter of resignation on November 26, 2017. She promptly started an action in Small Claims Court for wrongful dismissal.

The Small Claims Action
Ms. Jackson claimed that Dr. Ha’s February 2016 presentation and cover letter did not give her working notice and was equivocal as to what would occur if she did not sign the new contract. She also claimed that she had no choice but to resign due to an intolerable work environment. Dr. Ha found this last allegation particularly shocking, as she and Ms. Jackson had always had a good and friendly working relationship. Unfortunately, it is not uncommon for a formerly happy employee to make baseless claims of an intolerable or toxic workplace once they decide to start a wrongful dismissal lawsuit. Typically, if an employee hires a lawyer to review their transition to a written contract, we are able to explain the legal realities of the process to the opposing lawyer within one or two rounds or correspondence. How long it takes generally depends on how specialized (or not) the employee’s lawyer is. Unfortunately, Ms. Jackson’s lawyer would not accept the basic legal principles at play. As he had already advised his client to walk away from a good-paying job with a boss she liked, he would not recommend that she settle for anything less than what Ms. Jackson believed she was owed. No reasonable settlement could be reached and Dr. Ha had no choice but to fight this lawsuit at trial. In addition to her claim against Dr. Ha, Ms. Jackson applied for Employment Insurance. Her application for benefits was denied because even Service Canada (who in our experience regularly award EI even to employees for whom there are good grounds to deny it) found that she had voluntarily left her employment. Ms. Jackson appealed the decision all the way up to the Social Security Tribunal of Canada and lost at every step.

The Trial
While it can be stressful and expensive to go to trial, it is worth it when the truth and law are on your side. Dr. Ha and her staff were impressive on the stand. Although Ms. Jackson clearly believed that she was entitled to severance, her claims of an intolerable work place and of uncertainty about what would happen if she did not sign the new contract quickly fell apart under cross-examination. The Deputy Judge did not even need to hear closing submissions from us before she dismissed the claim from the bench. The Deputy Judge concluded that Ms. Jackson was not wrongfully terminated; Ms. Jackson had chosen to walk away from her employment because Dr. Ha did not accede to her demand for compensation. Although Ms. Jackson was entitled to try to negotiate the terms of the new contract, Dr. Ha was not obligated to accept her proposed terms. The Deputy Judge found that the process that we had used on behalf of Dr. Ha to transition her staff to written contracts was lawful and hence no further compensation (or new consideration) was required. Not only did Ms. Jackson lose her case, but she was ordered to pay Dr. Ha $3,750 in costs (the Small Claims Court maximum!)

Lessons from The Case
It never ceases to amaze us at MBC Legal how much misinformation pervades the health care industry about employment law. Among the biggest, most tenaciously held, myths is that transitioning staff to new, written contracts requires new “consideration” (such as a raise, a bonus, etc). Anyone who tells you that is not competent to advise you on employment law in the author’s considered professional opinion. It is in everyone’s best interests that both employer and employee clearly understand their respective rights and entitlements. When one side misunderstands or receives bad advice, it can be catastrophic.

In the last edition of this series, we presented to readers another case that we recently won for one of our clients, Lancia v. Park, in which the Court not only confirmed that we were right on this issue, the Court ordered the employee to pay our client $52,000 in legal fees. In the Jackson v. Ha decision, the consequences to the employee of misunderstanding the law in the area were perhaps even more tragic.

While it was unfortunate that Dr. Ha had to take this matter all the way to trial, she won, and now doctors across the country will benefit from this decision. As an employer, you can avail yourself of the protections offered by a high-quality, written contract (and, just as importantly, workplace policies) even when transitioning long-term employees. When done properly, no lump sum payment or raise is required.

Mariana Bracic (Founding Lawyer of MBC Legal and MBC Brokerage) is passionately devoted to protecting doctors and their valuable practices. She considers herself an employment-law nerd (having what her teenage daughter calls the “confused foreign exchange student” look since emigrating from Croatia as a child.) Her telephone: 905-825-2268; email: mbracic@mbclegal.ca.

RELATED ARTICLE: What You Don’t Know Will Hurt You 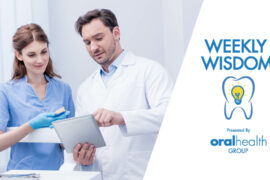