A new manager has been appointed for the Canadian location of the dental market leader following the merger of DENTSPLY and Sirona in February 2016: Christof Bissdorf brings with him a wealth of experience in the dental sector.

Dentsply Sirona Canada has appointed Christof Bissdorf as Vice President and General Manager, effective September/October 2016. In his new role Christof Bissdorf will head the country integration process, bringing together the former DENTSPLY and Sirona teams to form a competitive structure and lead the unified team to future success.

Christof Bissdorf will be responsible for the strategic direction and operational guidance of Dentsply Sirona Canada. He will have direct line responsibility for all of the Sirona products as well as for the Preventive, Restorative, Endodontic and Prosthetic businesses in Canada. The Implant, Tulsa Dental, Orthodontic and Healthcare commercial leads will continue to have a straight line reporting into their respective SBUs in addition to a dotted line reporting into Christof. He will report to Thomas Scherer, Group Vice President Regional Commercial Organization, Western Europe and Canada. 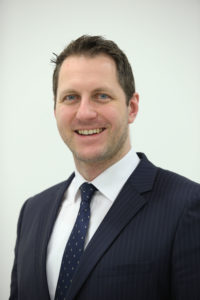 “We congratulate Christof Bissdorf to his new position as Vice President and General Manager, Dentsply Sirona Canada,” states Thomas Scherer. “We are excited to see that he will lead our combined teams to even greater successes.”

Christof Bissdorf joined former Sirona in 2003 and has held various positions in sales including Sales Manager Instruments, Area Sales Manager Scandinavia and recently Country Manager for Canada. His experience in various markets will serve him well in his expanded role: “I am delighted to assume the new responsibility and to be a part of the integration process of Dentsply Sirona Canada”, says Christof Bissdorf. “I am confident that together, the unified team of Dentsply Sirona Canada will achieve a lot for our customers and the dental industry.”

Visit www.dentsplysirona.com for more information about Dentsply Sirona and its products.

About Dentsply Sirona
Dentsply Sirona is the world’s largest manufacturer of professional dental products and technologies, with a 130-year history of innovation and service to the dental industry and patients worldwide. Dentsply Sirona develops, manufactures, and markets a comprehensive solutions offering including dental and oral health products as well as other consumable medical devices under a strong portfolio of world class brands. As The Dental Solutions Company, Dentsply Sirona’s products provide innovative, high-quality and effective solutions to advance patient care and deliver better, safer and faster dentistry.  Dentsply Sirona’s global headquarters is located in York, Pennsylvania, and the international headquarters is based in Salzburg, Austria. The company’s shares are listed in the United States on NASDAQ under the symbol XRAY.

Weekly Wisdom: Getting Down the Calcified Canal