December 1, 2019
by The University of Buffalo 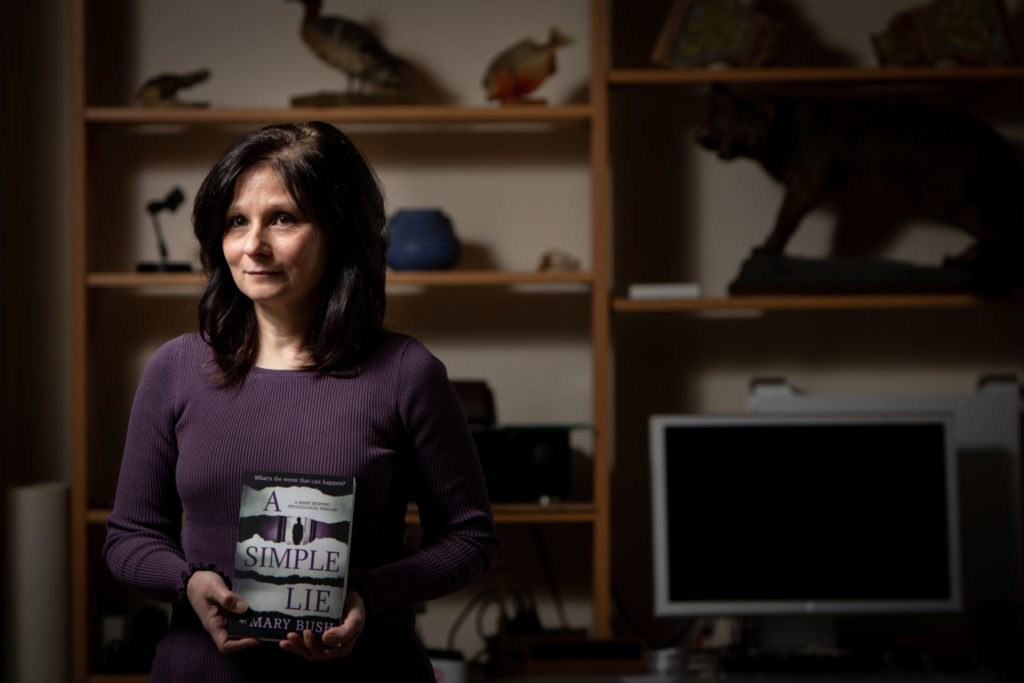 Mary Bush has always been fascinated by murder.

As a teen, Bush devoured Agatha Christie murder mystery novels and penned chapters of fan fiction. She later pursued a career in forensic dentistry, during which she analyzed evidence from criminal cases from across the country and became an expert on the admissibility of bite mark evidence in the U.S. court system.

Now the University at Buffalo professor has again traded fact for fiction, publishing her first novel, “A Simple Lie,” the beginning of her new crime series.

The Buffalo-based narrative follows former dentist Valentina Knight who, after being maimed in an attack, desperately lies to land a job as a death scene investigator. The lie, however, places her in the crosshairs of a serial killer at the center of a case she is assigned. Knight is forced to race against time to capture the killer before her world unravels or, worse, she becomes the next victim.

The novel, published on Nov. 27 by Bloodhound Books, is available in paperback on Amazon and Barnes & Noble, and as an e-book on Kindle. Early reviews have rated the book at 4.5 out of 5 stars.

“This has been an amazing journey. The encouragement and support I’ve received from everyone has been wonderful. It’s been a dream come true,” said Bush, DDS, associate professor and assistant dean for clinical affairs in the UB School of Dental Medicine. 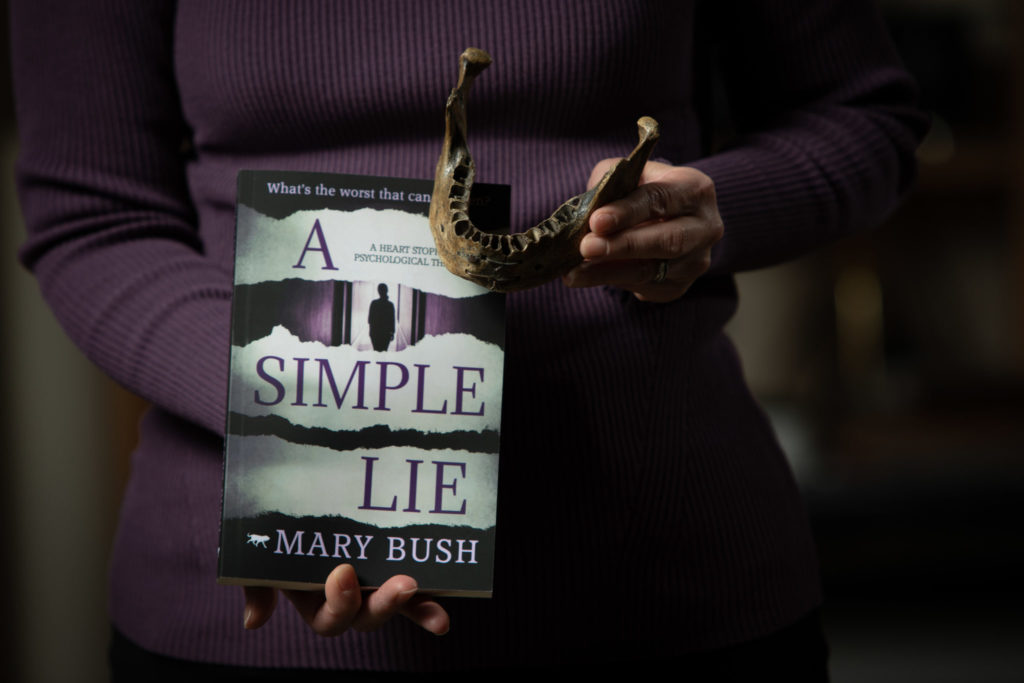 Bush is no stranger to bizarre cases. Along with her husband and colleague Peter Bush, she has helped identify murder victims by analyzing their dental work.

“We only get unusual cases. When forensic dentists need analysis of dental materials, they call us,” said Bush, who also helped identify several of the victims in the crash of Colgan Air Flight 3407 in Clarence, New York.

These experiences laid the foundation for the mysteries within “A Simple Lie.” The story’s hero relies on other areas of forensic science too, such as analyzing the pattern of blood spatter.

The novel also touches on bite mark evidence, and future books in the series may have the main character serve as an expert witness during a murder trial, a nerve-wracking experience that Bush is unlikely to forget.

“The more times you testify, you would think you would get better at it, but the more I did it, the more I realized I never want to do it again,” said Bush. “You think it’s easy and that you only need to talk about your research, but what you’re not ready for is the character assassination. If they can’t go after the science, they go after the scientist.”

Mary and Peter Bush were instrumental in raising awareness of bite mark analysis as flawed evidence and were among the first researchers to question the validity of the science. They were cited or testified in several court cases, including the prominent trials of Douglas Prade and Clarence Brian Dean. In 2014, Mary Bush also presented their research on bite mark analysis during a congressional hearing on forensic science.

Despite the similarities between Bush and Knight, the fictional character is actually based on another UB forensic scientist, Raymond Miller, DDS, clinical associate professor in the School of Dental Medicine and forensic dental consultant to the Erie County medical examiner.

Bush was initially reluctant to base the book on her experiences, but her storybook career presented the perfect foundation for a novel.

“I tried not to write about forensics or make the story set in Buffalo. I wanted to keep my private life separate,” said Bush. “But I eventually decided, ‘Why not set it here?’ I know Buffalo. It’s my hometown and I love it here.”

Sequel in the works

“A Simple Lie” is the culmination of five years of research, writing and shopping the novel to publishers around the world.

Bush has already begun writing the unnamed sequel to “A Simple Lie,” which continues the story of Buffalo death scene investigator Valentina Knight.

To learn more about Bush, visit her author page at Bloodhound Books or Amazon.

About The University of Buffalo

Visit Oral Health’s Classifieds to see job postings or if looking to buy or sell a practice and equipment!