Today during the American Dental Hygienists’ Association’s (ADHA’s) 91st Annual Session, Kelli Swanson Jaecks, RDH, MA, of Salem, Ore., was installed as the organization’s 2014-15 president, along with the ADHA’s new slate of officers for the upcoming 2014-15 year.

“The diverse needs of a diverse public will demand that we change the way we practice,” said Swanson Jaecks during her installation speech to the ADHA House of Delegates. “Our future will better position us to collaborate with other health care professionals and our strategic partners. The ADHA is harnessing our knowledge, experience and resources to make sure that dental hygiene will be at the forefront of innovation.”

Swanson Jaecks has served the ADHA in a number of ways, including as ADHA President-Elect for the 2013-14 year, as a trustee for district XII, as a member of the Council on Regulation and Practice, as well as a delegate, a Reference Committee member, and an alternate delegate. She also has served as president of the Oregon Dental Hygienists’ Association, as well as president of her local component, the Marion-Polk-Yamhill Dental Hygienists’ Association (MPYDHA).

Swanson Jaecks is president of Verbal Impact, LLC, an educational and consulting company that offers health-care courses in both lecture and interactive formats. She holds a master’s degree in Communication and Adult Education from Oregon State University, where she taught leadership and public speaking. She received her Bachelor of Science in dental hygiene from Oregon Health Sciences University in 1996. She also holds an expanded practice permit, which in Oregon, allows the provision of services without the supervision of a dentist to underserved patients in certain settings.

She has received various recognitions and awards, including ADHA Research Poster Presentation for her project “Interdisciplinary Collaboration: The Dental Hygienist’s Role” in 2007, MPYDHA Inspirational Leader Award in 2006, the ADHA/Colgate Community Outreach Award for her component in 2004, and the John O. Butler Healthy Gums/Healthy Life Award of Distinction in 2003.

Swanson Jaecks succeeds Denise Bowers, RDH, PhD, of Lima, Ohio, as president. Bowers remains an ADHA officer as immediate past president as well as the 2014-2015 chair of the ADHA Institute for Oral Health.

About the American Dental Hygienists’ Association
The American Dental Hygienists’ Association (ADHA) is the largest national organization representing the professional interests of more than 185,000 dental hygienists across the country. Dental hygienists are preventive oral health professionals, licensed in dental hygiene, who provide educational, clinical and therapeutic services that support total health through the promotion of optimal oral health. For more information about the ADHA, dental hygiene or the link between oral health and general health, visit the ADHA at www.adha.org. 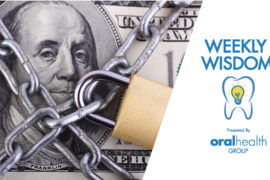