Missouri researchers have found a pattern of gene expression associated with aggressive tumors that could produce a diagnostic test that could alter the clinical management of oral cancer patients.

Researchers at the Washington University School of Medicine in St. Louis discovered a way to predict the aggressiveness of similar tumors in humans by studying mouth cancer in mice, an early step toward a diagnostic test that could guide treatment. Their work was outlined in a recent issue of Clinical Cancer Research (June 1, 2014, Vol. 20:11, pp. 2873-2884).

“All patients with advanced head and neck cancer get similar treatments,” stated Ravindra Uppaluri, MD, PhD, an associate professor of otolaryngology, in a press release. “We have patients who do well on standard combinations of surgery, radiation, and chemotherapy, and patients who don’t do so well. We’re interested in finding out why.”

“We didn’t automatically assume this mouse model would be relevant to human oral cancer,” noted Dr. Uppaluri, who performs head and neck surgeries at Barnes-Jewish Hospital in St. Louis. “But it turns out to be highly reflective of the disease in people.”

Humans develop oral cancer through the repeated application of carcinogens, so the research team followed the same strategy with the mice, rather than developing the cancers genetically.

“Patients often have a history of tobacco and alcohol use, which drive the development of these tumors,” Dr. Uppaluri explained. “We felt that exposing the mice to a carcinogen would be more likely to produce similar kinds of tumors.”

Sometimes, the researchers found, this exposure produced tumors in the mice that did not spread but other times resulted in aggressive metastatic tumors, similar to the variety of tumors seen in humans. 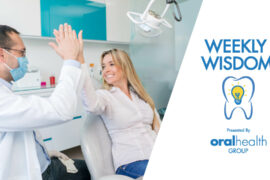