Nobel Biocare announced today that William (Bill) Ryan has been appointed President & General Manager for North America and member of the Executive Committee with immediate effect. He replaces Kevin Mosher, who after 5 years with the company has decided to pursue a new professional challenge. Nobel Biocare thanks Kevin Mosher for his contribution and wishes him the very best for his future.

Bill Ryan’s career in health and dental care spans more than 30 years, including multiple equivalent assignments with Straumann, Nobel Biocare and Pharmacia. Bill Ryan assumes his new position after having returned to Nobel Biocare in July 2008, as senior advisor to the CEO. He earned both bachelor’s and master’s degrees from the City University of New York, and is also an alumnus of Northwestern University’s senior executive program. Bill Ryan has held board positions with both the University of Pennsylvania and Harvard dental schools, and currently holds similar positions with the Nova Southeastern and University of Connecticut dental schools.

Ernst Zängerle has been appointed Head of Global Operations and member of the Executive Committee with immediate effect. He replaces Mathias Krebs, who will take over a new assignment within Nobel Biocare.

Ernst Zängerle’s career includes several assignments in the watch industry, where he has been responsible for supply chain management and operations at leading watch manufacturers. Ernst Zängerle has a degree in mechanical engineering and economics from the Konstanz University of Applied Sciences. He has been a member of Nobel Biocare’s Board of Directors since 2002 and, owing to his new operative function, will step down from that position with immediate effect.

CEO Domenico Scala said: “With Bill Ryan, I am very pleased to appoint a leader for our North American market who has extensive industry experience and an excellent performance track record. Thanks to his current position as my senior advisor, he is already well acquainted with the company. Ernst Zängerle has been instrumental in helping Nobel Biocare to realize significant improvements in operations this year.”

Further information is available from: 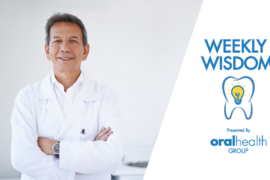