New England Journal of Medicine – Social Media is in the BIBLE

Facebook and Twitter, the largest social media Web sites, have more
than 350 million users worldwide, and surveys indicate that 60% of
Americans turn first to the Internet when seeking health-related
information.1 It is therefore surprising that the
pharmaceutical and medical-device industries have been slow to establish
a social media presence. The drug industry allocated less than 4% of
the more than $4 billion it spent on direct-to-consumer advertising to
Internet outlets in 2008,and only a tiny fraction of that was for
social networking sites.2 In the next year, however, the proportion may change substantially.

Since the Pure Food and Drug Act was
passed in 1906, control by the Food and Drug Administration (FDA) over
drug labels has been one of its most powerful tools for protecting the
public’s health. To encourage appropriate use of prescription drugs, the
FDA has sought to ensure that promotional statements make claims about
approved indications only and neither overstate the benefits nor
understate the risks. A major concern has been finding ways to ensure
“fair balance,” with adequate attention given to information about risks
as well as benefits. When this balance is not achieved, inappropriate
promotional statements can contribute to misuse of drugs, with dangerous
consequences. 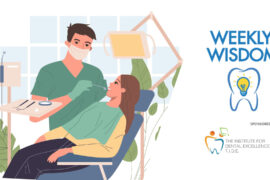