By Molly McHugh from Digital Trends – We feel a surge of viral videos in the making! YouTube puts animation controls at your fingertips with newly integrated apps.

There’s a camera included on just about electronic device these days, so we’re not sure who exactly doesn’t have access to one. But if you don’t and want to upload (mostly) self-created content to YouTube, the site is offering users some new tools. GoAnimate, Stupeflix Video Maker, and Xtranormal Movie Maker are all now integrated into YouTube and you need nothing more than a Google account to use the programs.  These are pre-existing apps that YouTubers have already been using to create animated content for the site, but coming pre-installed simply means Google is eliminating one step.

Seeing as original content is something Google is eying for YouTube, encouraging visitors to flex their creative muscles isn’t a bad idea. Each of the animators has an extremely friendly UI while still allowing users to dip a toe into the video editing process. And of course, the developers of these apps are hugely benefiting from the exposure – almost too much. The influx of new users has made their programs a little laggy, but they’re working to accommodate the popularity surge.

Google’s been investing more time and money in YouTube recently, and it’s pretty clear its becoming a top priority among its various Web properties. If anything, this latest, fairly minut
e upgrade just makes us wonder what Google sees for YouTube’s future: On one hand, it’s giving users more than it ever has before. On the other, it’s clearly keeping a keen eye on original, even professional, content.

YouTube also announced on its blog that very soon it will require all accounts to be through Google: The singular YouTube account will be no more and all pre-May 2009 users will have to bite the bullet and get on board with the single sign-on system. 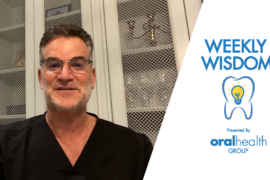