After the successful completion of two years of orthodontic treatment, the parents of my patients will usually ask, “What should we do about the wisdom teeth? We don’t want them to push forward and screw up your lovely result. When should we have them out?”

If those questions were asked not that long ago, most orthodontists or family dentists would most likely have replied “best to have them out as soon as possible.” It was almost a rite of passage to have your wisdom teeth removed before you went off to college because you were most certainly going to break your retainer – and you never wore it much anyway.

In spite of this, it is surprising how many clinicians continue to routinely recommend the removal of these teeth. The justification given for this practice is usually to prevent late mandibular incisor crowding or to prevent possible future health problems related to wisdom teeth.

I recently reviewed a number of excellent articles that have been published in the evidence-based orthodontic literature on the subject of the management of unerupted, asymptomatic third molars.1-4 I will share with you a number of quotes and highlights from these articles.

• Late forward growth of the mandible;

• The anterior component of the forces of occlusion;

• The tightening of the lips on the lower incisors due to soft tissue maturation and the natural aging process;

• The normal narrowing of the intercanine width;

• The lack of interdental attrition of enamel due to our modern soft diets;

• The evolutionary reduction in jaw size.

•Routinely removing un-erupted third molars because they appear tipped on a panelipse cannot be justified. Third molars generally improve their angulation and position relative to the occlusal plane over time. Many unerupted third molars that appear to be tipped mesially will actually straighten and erupt.

•Advocating the early removal of third molars on the basis that their future extraction at an older age will result in greater complications and morbidity is simply unfounded and not supported in the literature. The low incidence (1 percent – 3 percent) of complications developing from impacted third molars, such as odontogenic tumors, cysts or increased susceptibility to jaw fractures, should not be invoked to justify the surgical removal of unerupted and asymptomatic third molars on the grounds that, at some point in the future, these teeth might develop third molar-related pathology.

•In 2005, the Cochrane Review Group carried out an in-depth systemic review on the topic of the removal of asymptomatic impacted wisdom teeth. They concluded that when there is no pathology present, removal is not indicated and that ‘watchful monitoring’ is the most prudent strategy.

•The American Association of oral and Maxillofacial Surgeons (AAOMS) however recommends the early removal of asymptomatic third molars. The reason is based on the assumption that third molars are a potential source of chronic inflammation, possibly predisposing patients to various periodontal and systemic problems in the future.

•Advising a patient to have their unerupted, asymptomatic, pathology-free third molars surgically removed requires, from a legal standpoint, an abundance of informed consent. Patients need to clearly understand not only the possible benefits to them in removing their asymptomatic molars but also the possible complications and risks arising from the surgery. The likelihood of legal action is much greater when complications arise from surgery when the patient did not have any pre-operative pain or signs or symptoms of disease. Expensive legal action is almost guaranteed when surgical complications arise and the possible risks of future pathology or future incisor crowding from retaining their asymptomatic third molars had been exaggerated. This is especially true if the risks of surgery were also only briefly discussed presurgically.

In conclusion, up until the mid-20th century, the routine extraction of unerupted asymptomatic pathology-free third molars was an accepted standard of care for a variety of reasons, both orthodontic and health-related. Today, however, in the 21st century, the routine removal of these molars has become a dated practice that is rapidly running out of valid excuses and no longer has evidence-based justification in contemporary dentistry. OH 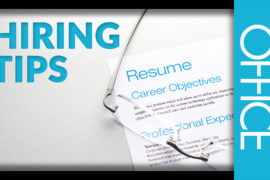