Neck Pain: A Scientific Look at the Dentist’s Neck!

In the February 2009 issue of Oral Health the common musculoskeletal disorders (MSK disorders) that dentists face were outlined; specifically, the impacts MSK disorders have on professional performance and longevity as well as the implications leading to a decreased quality of life. Later on that year in September the discussion deepened by looking at the most common musculoskeletal disorder amongst dentists – conditions affecting the low back and what to do to help strengthen the involved muscles and pre-habilitate (avoid future injury). In this issue, a closer look will be taken at the second most common musculoskeletal disorder and complaint amongst dentists, which is neck pain. In particular, methods and strategies for neck protection will be outlined, thereby protecting dental careers.

In a research paper by Cote in 1998, it was stated that 67 percent of individuals experience neck pain at some point in their lifetime (Cote, 1988). Individuals within professions where a prolonged static posture is maintained will represent a significant portion of that statistic. It is common knowledge that dentists spend the majority of the day in a state of prolonged static posture – seated. In fact Wazzan, et al, reported that 54 percent of dentists complained of neck pain at some point in their professional careers (Wazzan, 2001). In addition, it was observed that the type of dentistry did not affect the frequency and severity of neck pain significantly. The forward flexion and lateral flexion/rotation (the common movements of dentists) compromise the soft tissue around the neck creating and developing imbalances and as Falla pointed out also reduce neuromuscular efficiency (Falla, 2004).

The structures around joints are unevenly engaged and demanded upon while maintaining any position for a long period of time. This maintenance for long periods of time – 5-8 hrs for 20+ years constitutes a long time – will begin to impact the motor engram of the body. The motor engram is the blueprint the body uses to know when, to what degree, and in which order muscles in the body need to engage or ‘fire’. The motor engram optimizes the body’s ability to adapt to forces on the body by using agonistic, antagonistic, and synergistic muscles efficiently to maintain optimal muscle activation. The motor engram or blueprint for movement through uneven loading (as is the case in common dental posture) will begin to be impacted and disrupted. The ultimate result will be a disrupted ‘firing’ pattern or recruitment pattern that is no longer optimal for the long-term health of the neck.

Research into low back pain indicates that patients with low back pain disorders exhibit particular impairments that alter the morphology and motor control of the trunk muscles, particularly the deep trunk and spinal muscles. This impairment is detrimental to the function of spinal segmental support and control. The neck, similar to the lower back, has musculature acting as primary stabilizers, which are called the deep cervical flexors (DCF), that are impaired leading to the overuse of the superficial muscles such as the trapezius, scalenes and levator scapula that increase symptoms in the neck and become hyper-tonic with various trigger points. 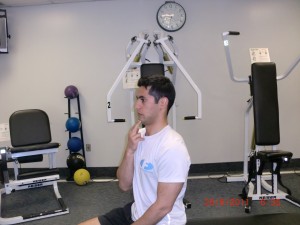 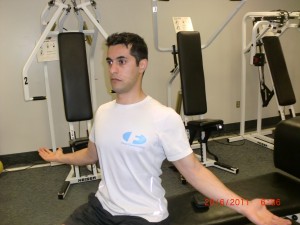 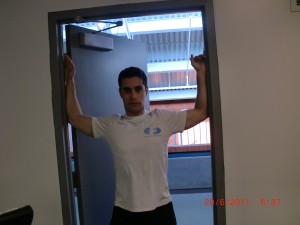 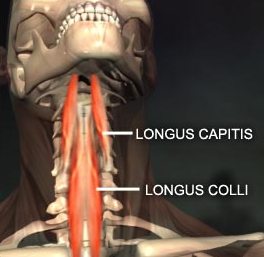 The abnormal increased activity of the superficial cervical muscles of patients with neck pain during performance of low load tasks could represent an altered motor control compensational strategy due to weakness, disruption or inhibition of the deep cervical muscles. This weakness, inhibition or disruption of the motor engram has impacts on the joints within the neck affecting the nervous system. Recent rsearch highlights that this plays a role in the perpetuation of patient symptoms and the initiation of recurrent episodes of neck pain (Benny, et al, 2003). Unlike with the conditions of the low back, regular breaks during work do not influence or decrease frequency or severity of neck pain.

Deep neck cervical flexors (longus capitis and colli) have been shown to have regular impairment in neck pain patient; one of the impairments affecting the joints in the neck. (Page, et al, 2010). The acute recovery period for symptomatic relief of neck pain ranges from four to eight weeks but the likeliness of its re-occurrence is high and the likeliness of it becoming chronic is even higher due to the underlying cause – the inhibition of the deep neck flexors brought on by motor pattern disruption.

As a dental professional, there is a predisposition to certain MSK Disorders, but there are steps that can be taken to begin the rehabilitation and long term improvement of neck pain. There are muscles that have become over active because of impairment of the stabilizing structures. As long as they are over active, they will affect the muscles that need strengthening. To begin rehabilitation these over active muscles need to be stretched. Following this, the muscles that need strengthening can begin to be strengthened. Table 1 shows a number of exercises and stretches that can provide benefit and lead to long-term improvement and recovery. The exercises are ones that can be done throughout the day at various points.

After beginning to implement these suggestions there will be noticeable improvements in long-term neck pains. Finally, to increase the effectiveness and management of neck complaints, an individualized orthopedic assessment will be required and a comprehensive rehabilitation program will need to be instituted. Chiropractors are trained in diagnosing and managing such complaints.  OH

Dr. Mahmoud Zaerian is a Chiropractor and practising Contemporary Medical Acupuncture. He works and runs FOCUS Integrative Therapy and Conditioning in North York. As an advanced integrative facility, FOCUS provides sound education and focused care in the conditioning and therapy of those committed to their ongoing health and wellness. For more information on how Dr. Mahmoud can support your health you can contact him at info@focusconditioning.com.