The Use of Antimicrobial Photodynamic Therapy in the Treatment of Periodontitis

INTRODUCTION
It has been known since the beginning of the last century that microorganisms can be killed by various combinations of dyes and light. Ancient Egyptian, Indian and Chinese civilizations used light to treat various diseases, including psoriasis, rickets, vitiligo and skin cancer. In 1901, Niels Finsen used light to treat smallpox and cutaneous tuberculosis and in 1903, he won the Nobel Prize for his work on phototherapy (Nature 2003, Dennis et al) However, the interest in antimicrobial Photodynamic Therapy (aPDT) was diminished concurrently with the introduction of antibiotics; it is only in recent years, with the emergence of antibiotic-resistant strains, such as methicillin-resistant Staphylococcus aureus and vancomycin-resistant Enterococcus faecalis that a search for alternative treatments has stimulated a revival of interest on aPDT. It is an effective antibacterial therapy that involves the use of specific-wave light energy to activate a photosensitive compound (photosensitizer), which interacts with locally present molecular oxygen. APDT has the potential to be a powerful alternative to antibiotic therapy, particularly for the treatment of localized infections of the skin and the oral cavity. Microorganisms that are killed by this technique include bacteria, fungi, viruses, and protozoa.

ANTIMICROBIAL PHOTODYNAMIC THERAPY (aPDT)
APDT involves three components: light, a photosensitizer, and oxygen. A photosensitizer is topically administered to the patient at an infection site. Upon irradiation with light of a specific wavelength, the photosensitizer undergoes a transition from a low-energy ground state to an excited singlet state and the transfer of energy from the light-activated photosensitizer to available molecular oxygen produces toxic reactive oxygen species, such as singlet oxygen and free radicals. These reactive chemical species mediate the destruction of microbes primarily via lipid peroxidation and bacterial membrane damage (Fig. 1). APDT has been proven efficacious in the treatment of bacterial, fungal, parasitic, and viral infections (2) One major advantage of aPDT is that due to this non-specific bactericidal mechanism, it is not subject to the issues of resistance that plague the use of antibiotics. APDT is equally effective against antibiotic-resistant and antibiotic-susceptible bacteria, and repeated photosensitization has not induced the selection of resistant strains (3). The absence of genotoxic and mutagenic effects of aPDT is an important factor for long-term safety during treatment.

APDT is a localized topical treatment that can be administered in areas such as the oral cavity. It represents a novel therapeutic approach in the management of oral biofilms. Its applications in dentistry are expanding rapidly: in the treatment of bacterial and fungal infection therapies, periodontal diseases and endodontic therapy.

THE PHOTOSENSITIZER
The selective efficacy of the technique against bacteria appears to be related to the charge of the sensitizer. Phenothiazinium dyes like methylene blue (MB) are positively charged (cationic) sensitizers. The cell walls of gram-negative microorganisms have higher lipid content than gram-positive cells and bear a negative charge, which has a strong affinity for positively, charged photosensitizers as opposed to mammalian cells, which do not. Electron microscopy revealed complete eradication of bacteria in uniform biofilms of Aggregatibacter actinomycetemcomitans, Porphyromonas gingivalis, or Prevotella intermedia, prepared on different implant surfaces treated with phenothiazinium dye and irradiated with a diode laser (4).

THE LIGHT SOURCE
APDT requires a low-power source of light that activates the photosensitizer at a specific wavelength. For example, methylene blue (a well-tolerated cationic phenothiazinium dye used for over 100 years in other medical applications) is an efficient aPDT photosensitizer with well-defined absorption peak at 670 nm (dark red). Human tissue transmits red light (between 630 and 700 nm) efficiently with minimal absorption, and the activation wavelength of the methylene blue photosensitizer results in more effective light penetration (Fig. 2), permitting access to deeper infection sites. The total required light dose, dose rates, and resulting degree of microbial destruction varies with local tissue pigmentation, degree of uptake of the sensitizer, type and frequency of each microorganism, age of the biofilm containing the microorganisms, surrounding blood and plasma exudates and the nature of the surrounding tissue.

PERIODONTAL THERAPY
Clinical manifestations of chronic periodontitis are the result of a complex cascade of events that begins with the presence of pathogenic bacteria in the gingival sulcus and leads to destructive host responses. The inflammatory response, which is elicited in the gingival tissue, is ultimately responsible for a progressive loss of the collagen attachment of the tooth and the underlying alveolar bone, which, if unchecked, can cause the tooth to loosen and then to be lost. The periodontal pocket can harbor, depending on its depth and extent, from 107 to almost 109 bacterial cells. The beneficial effects of scaling and root planing in the treatment of chronic periodontitis have been extensively studied and validated in the periodontal literature. Reduction of clinical inflammation, microbial shifts to a less pathogenic flora, decreased probing depth, gain in clinical attachment and decreased disease progression are amongst these benefits. The success of traditional debridement procedures and/or antimicrobial agents in improving periodontal health can be associated with the reduction in levels of these anaerobes in the dental plaque. Treatment has traditionally focused on primarily reducing the bacterial load in the periodontal tissues either through surgical or non-surgical procedures with the adjunctive use of systemic and local antimicrobial agents in some situations. Systemic antibiotics may be useful in patients who fail to adequately respond to mechanical procedures. Their use is limited, due to the emergence of resistant bacteria, the development of potential hypersensitivity reactions and the occurrence of side effects. The addition of local delivery systems, which deposit concentrated doses of antibiotic and/or antimicrobial agents directly at the site of infection have been shown to improve efficacy while decreasing side effects and limiting resistance.5,6

The Periowave treatment is relatively simple to administer. Thorough debridement is required prior to the initial photodisinfection procedure to remove the layers of subgingival calculus that impede soft tissue reattachment and provide a safe harbor for oral bacteria. To minimize bleeding and to maximize outcomes, debridement is best accomplished with thorough ultrasonic instrumentation and specialized curettes and files to finish. Each defect site requires irrigation by photosensitizer, immediately followed by 60 seconds of laser light activation. (Fig 3) Each treatment site must be irrigated and illuminated before the next defect site is irrigated and illuminated. For maximal efficacy, certain rules must be respected. 1) It is essential to flood the periodontal pocket to be treated with enough photosensitizing solution. Too little solution will negatively affect the results. 2) The irradiation time is one minute and must be respected. Too short an illumination time will result in suboptimal disinfection. 3) Each periodontal pocket should be treated individually. Treatment of multiple sequential pockets can results in reduced outcomes, because sensitizer is ejected
from the sulcus by gingival crevicular fluid and blood flow while waiting for the laser step. 4) Results are better if the treated pocket does not bleed profusely. Excessive bleeding will dilute and displace the photosensitizing solution. If a patient bleeds extensively after mechanical therapy, it is advised to take the time to control the bleeding prior to the application of aPDT. 5) Some sites respond considerably better when treated more than once.

Periowave has been thoroughly tested in 5 separate clinical studies ranging from 12 weeks to 1 year of follow-up, with over 20,000 defect sites treated. All trials were randomized, prospective, examiner-blinded, parallel-group studies evaluating Periowave in combination with SRP (scaling and root planing) against SRP alone in the treatment of adults with chronic periodontitis. In clinical trials, patients receiving PW treatment in conjunction with SRP experienced significant improvements over patients treated with SRP only, including reduction of pocket depth, increased clinical attachment levels and reduced bleeding on probing (7).

CASE REPORTS (SOFT and hard TISSUE CHANGES)
Although not meant to be used as a monotherapy, the application of the Periowave treatment alone can lead to significant changes (Fig 4). The combined use of non-surgical mechanical therapy and photodisinfection results in significant reduction of clinical signs of inflammation (suppuration, bleeding on probing and oedema) and of the probing pocket depths especially in patients who had not previously received periodontal therapy. In these patients, it was noted that although the probing depths decreased considerably, recession was not significant compared to patients treated with debridement alone. In all cases, the soft tissue changes observed occurred early and were maintained within at least 5 years (Fig. 5 and 6). Tissue remodelling is significant and occurs within very short periods of time (less than 3 months) (Fig 7 and 8)

In a pilot study, 90 refractory pockets in recall patients that had previously received periodontal therapy were retreated with debridement and PW. After 3 months, 25.6% of the pockets’ probing depths decreased by >2mm; 13.3% decreased by >3mm and 88.8% of the pockets had no bleeding on probing (Benhamou 2010, unpublished data).

APDT can suppress specific local immune system responses (8).The technique may tip the balance towards immune activation or suppression by release of specific cytokines, and is probably controlled by many complicated factors including the particular photosensitizer, light dose, dose rate and patient phenotype. For example, both interleukin 1ß (IL-1ß) and tumor necrosis factor alpha (TNF-a) are pro-inflammatory cytokines, which are responsible for tissue destruction of periodontal tissues. When treated with photodisinfection, IL-1ß and TNF-a fail to produce an inflammatory response (9). Photodynamic action has also been shown to reduce the activity of proteases, collagenases and lipopolysaccharides. This is an additional benefit of using light activated antimicrobial agents in the treatment of infectious diseases (10). Periowave photodisinfection includes this dual mode of action. The technique destroys Gram-negative bacteria associated with periodontal disease, reduces inflammatory cytokine efficacy and inactivates endotoxins responsible for tissue destruction, greatly improving a patient’s chances of healing.

At a two year radiographic follow up, the before and after comparisons show the response of the alveolar bone. (Figs 9A and B, and 9 C and D) In this case, treatment was limited to SRP in combination with Periowave; no surgical treatments were undertaken. These and similar outcomes indicate the promise of combined SRP and Periowave therapy in improving the hard tissue component of non-surgical periodontal treatment.

CONCLUSION
The introduction of photodisinfection with Periowave represents a novel and effective treatment system that can be used in conjunction with standard scaling and root planing procedures to improve treatment outcomes for patients with periodontal disease. Its nonsurgical profile improves the comfort of treatment and thus makes the process more attractive to patients. Its ease of use makes it suitable for both dentists and hygienists (when permitted). The role of photodisinfection in dental treatment is beginning to expand and should provide exciting new opportunities in oral healthcare.OH

Dr. Veronique Benhamou received a B.Sc. and DDS degree from McGill University. She obtained a specialty certificate in Periodontology and Implant Surgery in 1989 at the Goldman School of Graduate Dentistry in Boston. Currently, Dr. Benhamou is an associate professor and Director of the Division of Periodontics at McGill University while maintaining a private practice specializing the bone regeneration and aesthetic periodontal surgery.

—Mechanism of Action of Photodynamic Therapy 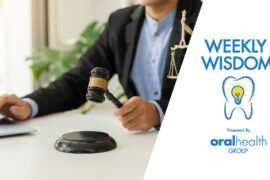